Batteries Endangered Apple to no longer use Google Maps. 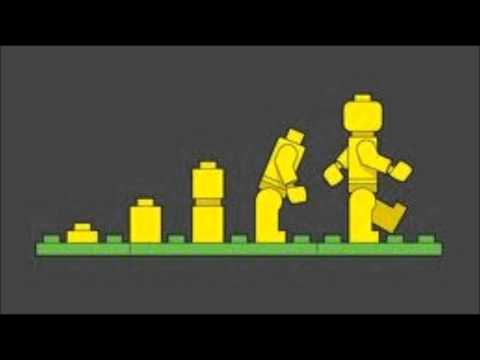 Since the first iPhone there has not been  a revolution, every successive product proposes only an incremental change and not only in Apple smartphones.

When we look at the evolution from the first iPhone to the iPhone 4S we really become aware that Apple produces nothing else than dreams. The second iPhone, which was called iPhone 3G had additional  features 3G and GPS. But Apple had innovated, in the marketing field, when the « S » was introduced with the iPhone 3GS. The Cupertino company told us in other words: If you are not convinced, look at this table from IntoMobile : Every new generation only has 1 or two changes and a little innovation.

What about the next iPhone?

The story is still the same, the main changes predicted by rumors are: On the one hand, the very superficial evolution, like a thinner iPhone, a larger screen, more memory and a better processor. On the other hand the useless evolution, like the 4G, and last but not least something which is a NFC cell but with the bluetooth  4.0 protocol .

All these are already present in the market…

Now, after having  looked at Apple products, we will see that Samsung has been also contaminated by the incremental disease .
Indeed, Samsung  with the Galaxy S3, which is available, seems to follow the trail of Apple. Mainly, there are 3 innovations, 3 extraordinary evolutions : A larger screen, a faster processor and a « S » voice. You have certainly understood, S voice is the competitor of Siri. So, even if 10 million people have pre-ordered, lots of Galaxy S2 owners didn’t want to buy it like this french blogger!

The consequences of this incremental marketing strategy

These are only two examples but obviously all companies follow this way unfortunately. So, they want us to consider smartphone not like an object we will use to achieve objectives but like an objective itself. Moreover they create a need, another one, in this consumer society, which involve more and more selfishness because our only desire is the next one, the next phone, the next…
Beyond this aspect, there is the geopolitical problem caused by the mining for rare metals that phones need like Coltan and Tesserite . In 2010, the USA enacted the « Financial reform act »  that discourages the buying raw materials from countries like Congo because the mining is financing internal conflicts in much the same way as blood diamonds did elsewhere in Africa.
To conclude, I hope you won’t buy the very next High-tech product but at least wait for two generations even if it’s just for a little economy!
Sources:
http://www.zdnet.fr/blogs/androblog/le-samsung-galaxy-s3-eloigne-de-google-et-du-moindre-reve-39771503.htm
http://www.intomobile.com/2011/08/22/inforgraphics-iphone-evolution/
http://www.generation-nt.com/iphone-processeur-a5-arm-qualcomm-actualite-1144591.html
http://www.zdnet.fr/blogs/androblog/le-samsung-galaxy-s3-eloigne-de-google-et-du-moindre-reve-39771503.htm
http://www.umoya.org/index.php/en-francactualidad-41/6932-loi-obama-sur-les-minerais-de-sang-les-operateurs-miniers-du-nord-kivu-sollicitent-un-delai
Tagged with: Apple • consumer behavior • innovation • iPhone • marketing • Samsung

One Response to Incremental evolutions